Many of the books I read are gentle story lines. They are often full of interpersonal conflict or relationship difficulties. But this book is a more global story line. I have read Bunn’s work in the past and find them always written on a deeper level. You’re not going to yawn your way through a Bunn novel. This book is no different.

Book 2 in the Mark Royce Series is a stand alone read. So even though I had not read book 1, I am able to jump in and find my way through a complex story line. 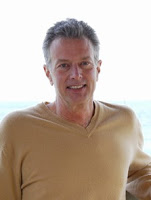 Born and raised in North Carolina, Davis left for Europe at age twenty. There he first completed graduate studies in economics and finance, then began a business career that took him to over forty countries in Europe, Africa, the Middle East and Asia.

Davis came to faith at age 28, while living in Germany and running an international business advisory group. He started writing two weeks later. Since that moment, writing has remained both a passion and a calling.

Davis wrote for nine years and completed seven books before his first was accepted for publication. During that time, he continued to work full-time in his business career, travelling to two and sometimes three countries every week. His first published book, The Presence, was released in 1990 and became a national bestseller.

Honored with three Christy Awards for excellence in historical and suspense fiction, his bestsellers include The Great Divide, Winner Take All, The Meeting Place, The Warning, The Book of Hours, and The Quilt.

A sought-after speaker in the art of writing, Davis serves as Writer In Residence at Regent’s Park College, Oxford University.

Marc Royce stares out of the helicopter, a sense of foreboding rising with the volcanic cloud. Below, the Rift Valley slashes across Africa like a scar. Decades of conflicts, droughts, and natural disasters have left their mark.

Dispatched to audit a relief organization, Royce is thrust into the squalor and chaos of Kenyan refugee camps. But his true mission focuses on the area’s reserves of once-obscure minerals now indispensable to high-tech industries. These strategic elements–called rare earth–have inflamed tensions on the world’s stage and stoked tribal rivalries. As Royce prepares to report back to Washington, he seizes on a bold and risky venture for restoring justice to this troubled land.

But this time, Royce may have gone too far.

You can read the first three chapters of Rare Earth HERE.